There were also 137 instances of about a dozen city dispatchers working 24 consecutive hours, as Comptroller Schroeder’s audit exposes excessive overtime in the Buffalo Fire Department

For most people, working 48 hours in a week would qualify as a long work week.  Some city employees, however, have somehow been able to work 48 hours in just two days, according to Comptroller Mark Schroeder, who recently 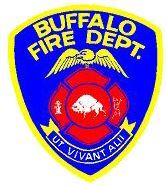 conducted an audit of the Buffalo Fire Department.

Schroeder found that an office of about a dozen civilian dispatchers have worked 24-hour shifts on 137 occasions in the past fiscal year, in addition to seven instances of employees working 48-hour shifts.

“The most troubling thing about this situation is that these are dispatchers who people rely on to address emergency situations,” said Schroeder.  “If I am a citizen making an emergency call, I don’t want my dispatcher to be on the tail end of a 48-hour shift.”

Schroeder’s audit found that civilians in the fire department – non-firefighting personnel such as dispatchers, mechanics, and administrative staff – average more than 400 hours of overtime per year.  Since civilian employees do not need as much training as firefighters, Schroeder said that civilian overtime should be easier to manage.

“We did our first audit of the fire department’s payroll more than a year ago, and we recommended hiring more civilians to reduce overtime,” said Schroeder.  “Not only has the problem not been addressed, it has gotten much, much worse.”

Overtime in the fire department has cost taxpayers more than $10 million dollars in the city’s past fiscal year, which ended June 30.

“Obviously this is a very costly problem for taxpayers, but it is also a public safety hazard,” said Schroeder.  “Unfortunately, there seems to be no end in sight.”

Due to the suspicious nature of so many 48-hour and 24-hour shifts being worked by city employees, Schroeder’s office provided the audit to the city’s Corporation Counsel, the Erie County District Attorney, and the regional office of the New York State Attorney General, along with a commitment to make available supporting documentation in the event that any of them would like to investigate further.